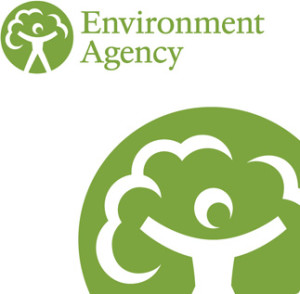 The Environment Agency has made four more full-time lock and weir keeper appointments to help deliver its service to boaters and boating businesses along the navigable, non-tidal River Thames.

The appointments fill vacancies created through retirements, and all four are resident positions. This means the lock keepers are required to live on site in the lock house which, along with the lock itself and the accompanying weirs, forms part of the overall lock site complex. The Environment Agency owns, maintains and operates 45 such complexes along the River.

John O’Hara will be the new lock keeper at Radcot Lock near Faringdon in Oxfordshire; Mark Winks at Osney Lock in Oxford, Aiden Mahon at Iffley Lock, also in Oxford; and Katie Marshall at Romney Lock, near Windsor in Berkshire.

Mark and Katie are already resident lock and weir keepers; at Northmoor Lock near Appleton, and Benson Lock near Wallingford – both in Oxfordshire – respectively.

John and Aiden are currently ‘relief’ ‘keepers, which means they provide support and cover for residents when they are on a day off, on holiday or unwell, and travel to wherever they are needed from their own homes.

Barry continued: “John, Mark, Aiden and Katie are all high calibre individuals – experienced, capable, diligent and very well thought of by boaters and colleagues alike. I’m really pleased they all got the moves they wanted, which they fully deserve.

“I’m also pleased for the communities they are moving into, and which I  hope they will part of for many years to come – as were their predecessors, who between them, gave us nigh on 75 years of sterling service.  That’s Kevin Roberts at Radcot, Ray Riches at Osney, Iain Westwood at Iffley, and Dave Ford at Romney. They will all be missed- but I genuinely couldn’t wish for four better people to take on their roles.”

John, Mark, Aiden and Katie will move to their new sites, and into their new homes, over the coming weeks.

Additional Information
Because these appointments have all been made from within the existing team of River Thames lock and weir keepers, they create four new vacancies. The Environment Agency intends to fill all four and the recruitment process is already underway.
The Environment Agency is the navigation authority for the non-tidal River Thames, 135 miles of navigable waterway from Cricklade in Wiltshire, near the river’s source, to Teddington in south east London.
It provides services and owns, maintains and operates structures worth an estimated £1bn to support boating on the Thames. These include important heritage structures which E.A. cares for on behalf of the nation, such as the 45 sets of locks and weirs, without which safe navigation of the river would not be possible.